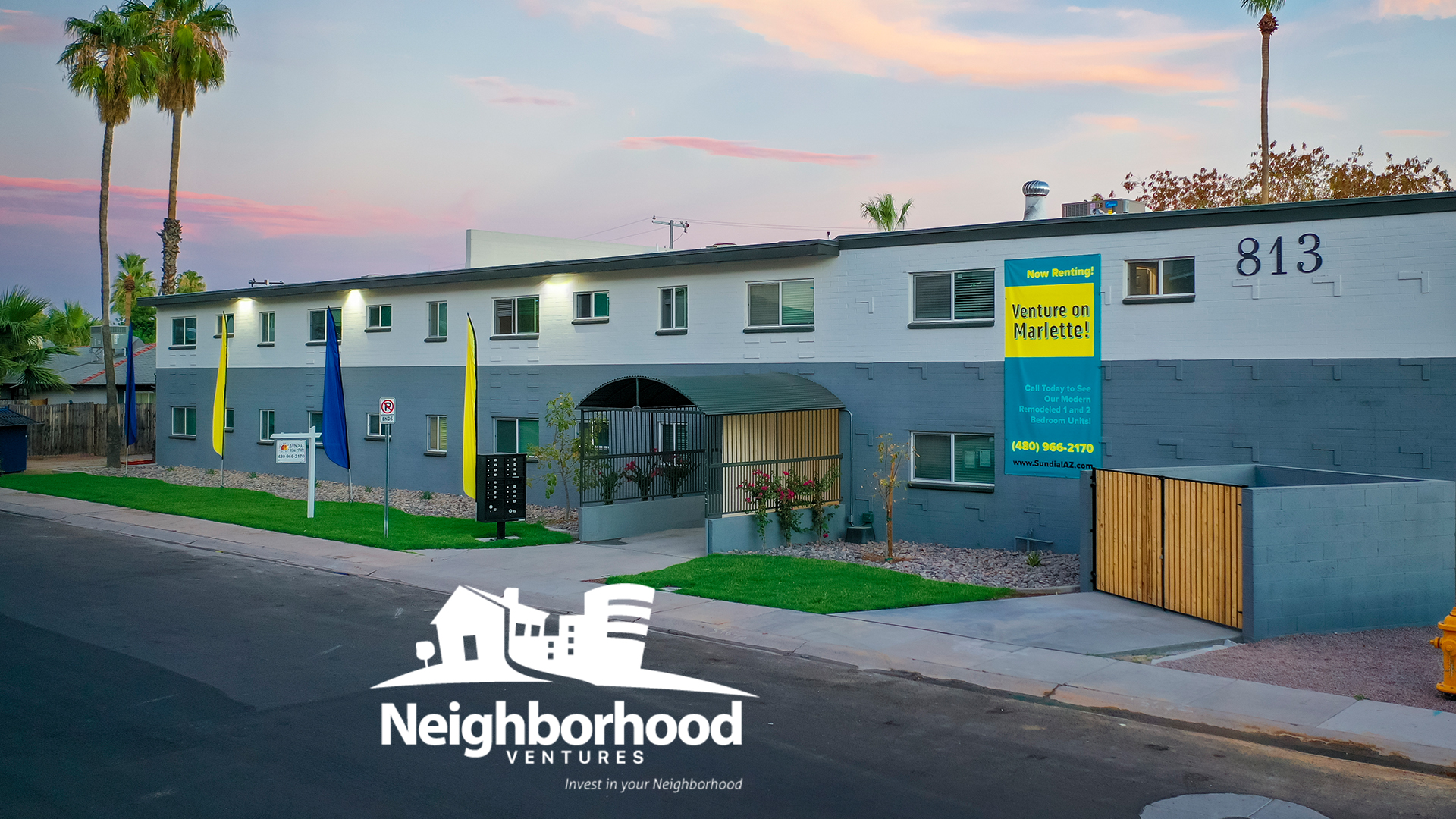 At the end of 2018, we filmed the first episode of “Inside Look” for Neighborhood Ventures, a Phoenix based real estate investment company. The intent of the “Inside Look” series is to give investors a look into what goes on behind the numbers of the company’s investment opportunities. It has been a big hit in that it has provided significant transparency to current and potential investors, allowed people to get to know the core team working on the properties, and still provides some entertainment along the way.

One unfortunate element of creating these videos, is that they must be released during the investment phase. Meaning, we are not able to include a final transformation to each property series. I’ll add renderings and blueprints, but it’s not quite the same. However, this past month, Venture on Marlette was completed and I was able to create a follow up episode to bring the series full circle.

For this video, I wanted it to encompass the full process that it took to go from start to finish; everything from the thought process behind the purchase of the property, the design and the construction. Or at least as much as I could in under 10 minutes. Pulling from footage acquired over the past year and a half, and some new interviews, we were able to tell the story of Venture on Marlette in a fun, entertaining way.